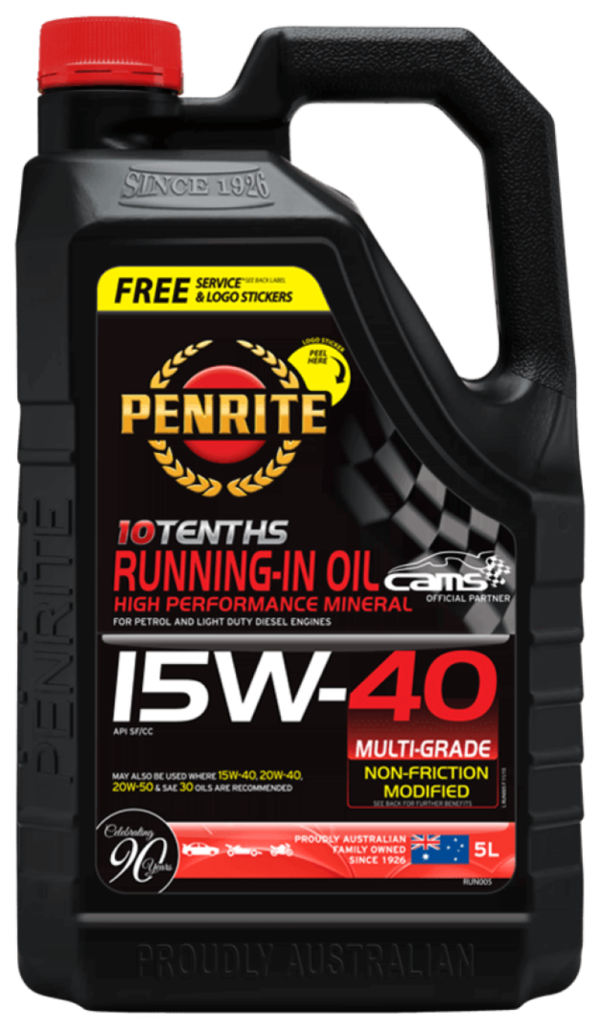 Running In Oil is designed for use in all engines for both on and in competition applications. It is suitable for use in modern 4, 6 & 8+ cylinder, multi cam, multi-valve including VVT, naturally aspirated, supercharged & turbocharged engines, including light duty diesel engines. It is suitable for use in passenger car, light commercial, competition vehicles and motorcycles including four stroke motorcycles with wet clutches Running In Oil has a High Zinc formulation to protect the valve train including camshafts, followers, rockers and pushrods. It allows the piston rings to bed in correctly with the cylinder walls, preventing glazing of the bores and it can be used for both dynamometer and normal run in procedures. If used for running in on , the suggested running in period for Running In Oil is approximately 500 Kilometres after which both the oil and filter should be changed. Running In Oil may be used in engines where SAE 15W-40, 20W-40, 20W-50 & SAE 30 viscosity grades are specified by the manufacturer. It is designed to be used over a wide range of engine oil viscosities. Its 15W-40 viscosity allows for use in both new and older type engines. It can be used with Petrol, LPG, E10, diesel & other conventional fuels. Product Benefits: FULL ZINC additive package for superior engine wear protection NON friction modified allows running in process to complete totally Prevents glazing of the engine cylinder bores Multi-Grade covers various SAE viscosity grades and wider engine range Low detergent & dispersant level Allows bedding in of the piston rings with the cylinder walls Competition proven and trusted for performance engines Suitable for competition and on use Key Specifications API SF/CC Typical Data Density at 15°C, kg/L 0.869 Viscosity, Kinematic, cSt at 40°C at 100°C 109 14.8 Viscosity Index 140 Cold Cranking Viscosity, cP at -20°C 4470 Zinc, Mass %