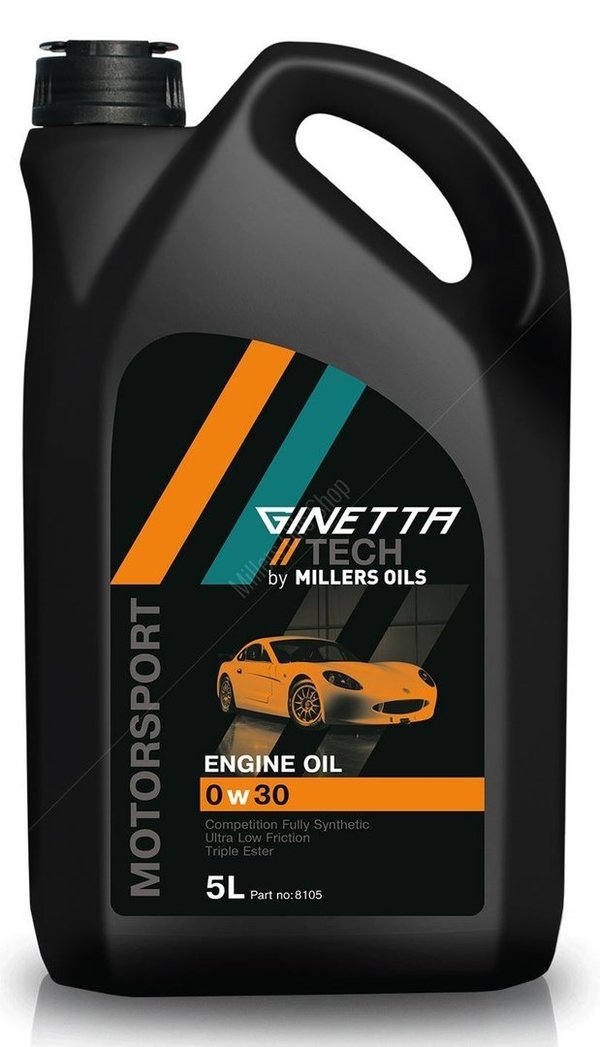 Ginetta Cars has a long and successful history of producing hand built race cars and has gained a reputation as one of the most renowned British heritage race car brands, and one in which some of motorsport's biggest names began their careers. Ginetta Tech Engine Oil has been developed by Millers Oils in partnership with Ginetta. They have produced an oil which meets the demands of these high performance cars, and will be used in both cars manufactured by Ginetta and used across the board of Ginetta's domestic single marque championship. The 0w-30 sepcification is recommended for use in the Ginetta G40 engine. Fully Synthetic Ultra Low Friction Triple Ester The new 'Ginetta Tech by Millers Oils' range has been specifically formulated for Ginetta vehicles and has been developed using their industry-leading NANODRIVE low-friction technology, with the fluids made orange to reflect Ginetta's iconic brand.